Turkmenistan is a country in Central Asia bordered by the Caspian Sea and largely covered by the Karakum Desert. It’s known for archaeological ruins including those at Nisa and Merv, major stops along the ancient trade route the Silk Road. Ashgabat, the capital, was rebuilt in Soviet style in the mid-20th century and is filled with grand monuments honoring former president Saparmurat Niyazov.

Explore the Dinosaur Fossil and Tracks :

The Dinosaur plateau has gained worldwide fame for the footprints of the dinosaur on a large limestone slab. These large tracts of the three dinosaurs are in the western slope of Kugiran range. This range is not only the reserve for the dinosaur tracks but also has the longest fossil paths stretched a few kilometres.

Visit the Gates of Hell :

In the hot Karakum desert, there’s a 230 ft wide crater that has been burning on fire for almost 40 years up to date. The crater is technically called the Darvaza gas crater, but locals’ call it Gates of Hell Its fiery glow can be seen from miles away. It was created in 1971 by the Soviets when they accidentally drilled the natural gas cavern which caused the entire rig to fall and poisonous fumes have been leaking out. Travellers travel far to this desert to see this site.

The Yangykala Canyon is a natural wonder very few people have heard about and maybe even seen. Its vast landscape with pink, red and yellow rock walls of 60-100 meters was created about 5.5 million years ago. If you are in Turkmenistan, you should not miss out on visiting this site as it’s so intriguing. Once upon a time, this site was an old sea, and it’s sad that it’s dried up but it leaves beautifully cut rocks.

A land covered with deserts, finding a place to swim can be a challenge. Luckily, there’s an underground lake to steam off the heat. In the Barkharden Cave, there’s a long metal staircase which leads down to the long lake where the waters are warm with high amounts of salt and minerals. The cave has a very strong distinct smell from Sulphur. 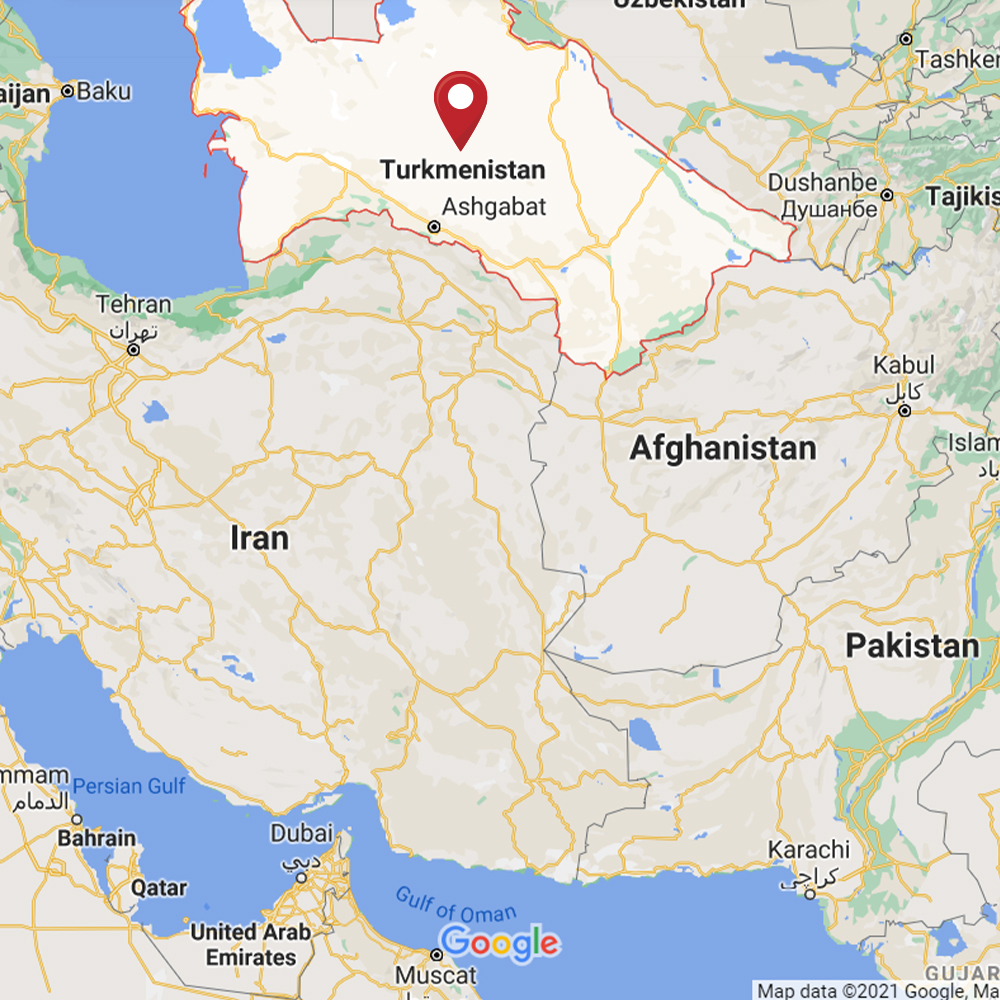