The air-hostess announced that we were approaching Leh airport and the captain had turned on the fasten seat-belt sign. As I eagerly peered out of the little aircraft window I caught a glimpse of a sandy, barren desert, posing meekly in its midst a tiny landing-strip. I was awestruck by the beauty of this place. The Ladakh adventure had truly begun.

Located in the state of Jammu and Kashmir, the humble land of Ladakh in India is cradled by the ice-capped Kunlun mountain range in the north and the Great Himalayas to the south, providing a breathtaking panoramic view all around. Due to extreme weather conditions which see temperatures plummet to minus 35 degree Celsius, the area remains scarcely populated, resulting in a clean and pristine environment. Once you land in Ladakh, you feel disconnected from reality, closer to nature, almost as if you are at the very gates of heaven. Clear blue skies, wide landscapes of cold desert, ice-capped mountains and the soft cold mountain breeze against your skin makes you feel cradled in nature’s arms.

Ladakh is well known as the ‘Land of the Gompas’ (or monasteries). Historically the region is of Tibetan descent and host to many Buddhist monasteries. Most famed are Thiksay, Hemis, Shey and Dhankar. The monasteries house several Buddhists who spend their entire life studying and learning. The topography is also perfectly suited to adventurous biking experiences. The winding hilly roads hidden in the mountains are said to be every biker’s dream ride. As you climb, you can stop and enjoy the incredible views of the vast valley that stretches below against the backdrop of the crisp, clear sky. Ladakh is accessible throughout the year by air and road. There are daily flights from Delhi, Srinagar, Jammu and stop over flight options from other locations.

The region of Ladakh rests in altitudes ranging from about 9,000 feet (2750m) at Kargil to 25,170 feet (7,672m) at Saser Kangri in the Karakoram. At these altitudes temperature extremities are intense. The best time to visit is in summer between June and October when the temperature is at its most pleasant. November invites heavy snowfall and temperatures drop drastically to negatives. Due to its high geographical altitude, oxygen levels are low. Initially you might find yourself breathing a little heavier than usual and it's advised that you give your body time to acclimatise before setting out on any physical activity.

We stayed overnight at Pangong lake. which is an absolute MUST!! It is particularly magical on a full-moon night as the big bright moon rises from behind the lake, a sight to behold. Make sure that you acclimatize well before spending a night on Pangong. Altitude can hit you silently and viciously. We also visited the famous Leh market and Shanti Stupa, The Leh Market is filled with many quaint shops that light up as the sun goes down. Here you can buy everything from woollens, to spices, warm bread, miniature prayer wheels, silk scarves, gasoline lanterns to local beaded jewellery. Apart from the Gompas, there are many other great experiences. The Shanti Stupa in Changspa, is a true haven located in the midst of the great mountains. This magnificent stupa was built by the Japanese in 1991 to promote World peace and harmony as part of their Peace Pagoda Mission. This grand stupa is located on top of a hill in Chanspa. At the base of the Stupa, some relics of Buddha are buried and the 14th Dalai Lama enshrines the Stupa. The stupa is famous not only for its religious value but also the picturesque views it offers.Victory Tower is located on top of the Leh Palace and it was built to honor the Ladhaki troop’s victory over Balti Kashmiris.

Ladakh is where heaven meets earth! 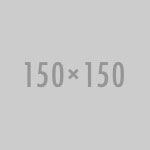 Hi all. im Ang from Istanbul. im 28 years old. I’m providing content. I’ve been in internet, social media and affiliate for too long time and its my profession. What can I say, I am the best..